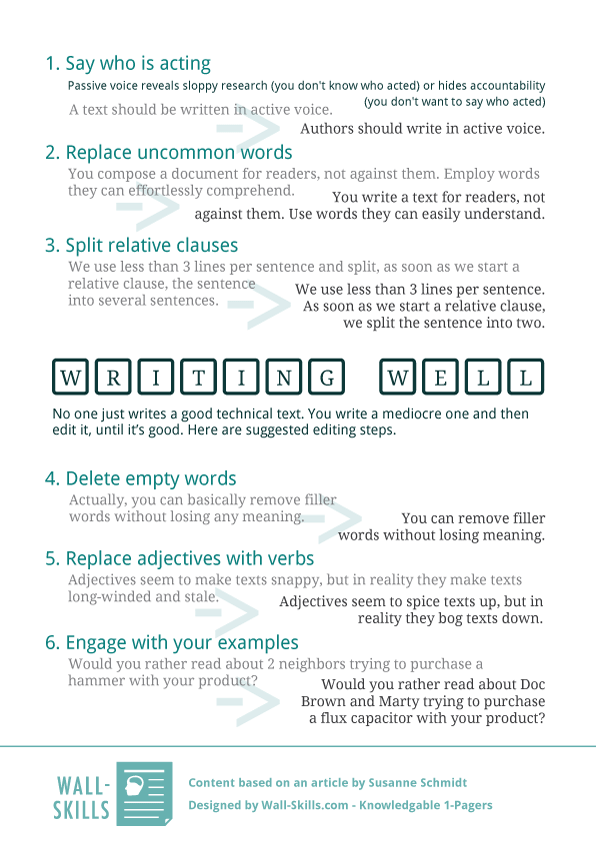 We write everyday: Emails, documentation, blog posts, … The secret of a good text is not the writing, but the editing after writing. The suggestions on this 1-pager are based on an article by Susanne Schmidt. Click here for the German original or here for an English translation.

No one just writes a good technical document. You write a mediocre one and then edit it, until it’s good.

1. Say who is acting